Richmond Town Methodist Church (RTMC) started in the year 1875, and owes its origin and existence to many servants of God who toiled in the Ministry field and had a vision to give shape to a place of worship. Notable amongst them was William Taylor – the charismatic American Methodist preacher, who took the gospel to Australia, South Africa, India, Chile and Peru. William Taylor came to India in 1870-1875 on the invitation of James Thoburn. 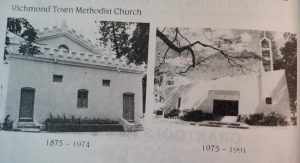 William Taylor came to Bangalore in 1874, and began addressing the spiritual needs of the Anglo Indian community and British soldiers stationed in the Cantonment area. Taylor advocated financial self-sufficiency and self-administration of Churches, and was open to plough back royalty earned from the many books he wrote to help in the cause. It was this resolve that made him to organize a ways and means fancy sale, which netted him Rs. 500/-. He purchased a piece of land in Richmond Town from this seed money of Rs.500/- and began the task of building a Church. The Richmond Town Methodist Episcopal Church (as it was known then) finally took shape, and the Church building was dedicated by Rev. J.E. Johnson in 1875 – with the 1st service being held on 12th December. 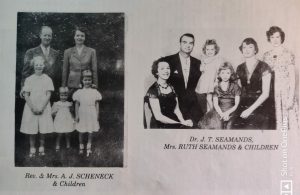 Thus began the Church journey of RTMC. RTMC’s first Pastor was Rev. James Shaw, as William Taylor had left for another assignment. Rev. Eric Mitchell, an Anglo Indian was the first Indian Pastor. Rev. E A Seamands (Tahtha Seamands as he was affectionately known) pastored in the 1920s and 1930s. He had the unique distinction of seeing two of his sons Rev. David Seamands and Rev. John Seamands pastoring the Church in the late 1950s – both were gifted speakers and musicians. This period saw several people flocking to the services and gave their lives to Jesus. Rev. Sampath Kumar at the age of 28 was the youngest pastor, when he pastored RTMC in 1969. 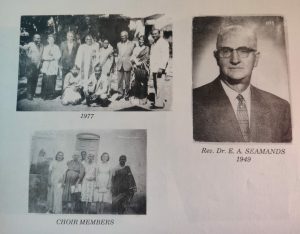 RTMC has the unique distinction of having its Pastors going on to serve the Lord in higher leadership positions in the Church, Missions and Educational Institutions.

Over the years, three other properties abutting the first land piece were purchased, which together constitutes the RTMC campus today. A parsonage to house the senior pastor came into being, followed by the Stephens Hall in 1938. Stephens Hall was built in memory of Ms. Grace Stephens- a tireless Methodist worker who worked for the betterment of the Churches, Educational Institutions and Hospitals. Stephens Hall was the hub for many church activities – PC, MYF, MMF, WSCS, Senior Citizens, Seminars and Conferences, till it became structurally weak and had to be demolished. Some of the other key additions and changes to the RTMC campus over the years, are:

1975: Church building was reinforced and strengthened, after 100 years. An attractive façade, Balcony with bell tower, and two wings, were added to increase the seating capacity

1992: After 117 years, structural safety concerns finally lead to the old Church building giving way to a newly constructed building. Gothic architecture and other elements were used to try and retain the old charm and nostalgia of RTMC church building

2000: Christian Education Block the brainchild of Mrs. Esther Williams, took shape to nurture Christian Education. To this day, it acts as a nerve Centre for many activities of the Church – Sunday school, MYF meetings, Pastorate Committee meetings, Seminars and Conferences.

2007: The structurally unsafe old parsonage gave way to a new parsonage, to house the Senior Pastor. A Senior Citizens Home, was also inaugurated to meet a long felt need of the Church

2012: The parsonage was augmented by adding a first floor, to house the Associate Pastor

The Richmond Town Methodist Church, has now been in existence for over 145 years. Our Lord has used RTMC as a sanctuary for many faithful believers and worshipers across several generations. She has been a willing instrument in the hands of our God, in the establishing of many other Methodist Churches in Bangalore.

The words above the altar, encapsulates its perspective towards its existence and ministry.

To God be the Glory!!